To step into Marie Lalanne’s private art collection is to step into a family scrapbook—a very whimsical one. It's filled with surreal sculptures of the natural world forged by her parents, Claude and François-Xavier Lalanne, who were among the most important artistic voices of the 20th century. On December 7, the collection heads to auction at Christie's, making it the largest grouping of Lalanne work ever to be sold in the United States.

“François-Xavier and Claude Lalanne both believed art should be part of everyday life; an ideal reflected in both the sculptural and functional aspects of their creations,” Daphne Riou, Head of Design for Christie’s Americas, tells Town and Country. 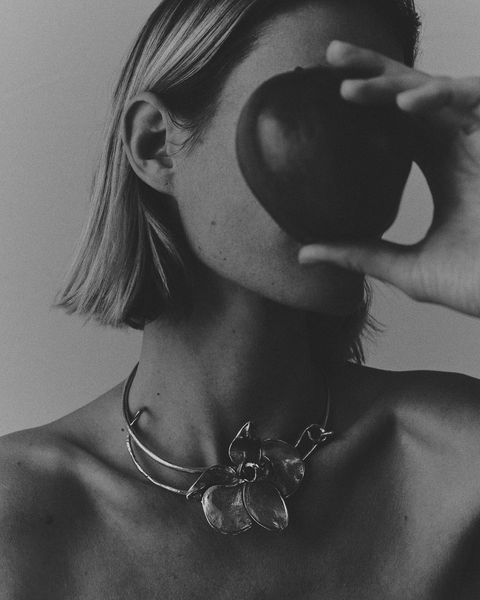 Orchidée Necklace, designed circa 1980 by Claude Lalanne.
Courtesy of Christie's

Titled Sculpting Paradise: The Collection of Marie Lalanne , the sale features 157 lots, which are expected to generate a total between $19 million and $29 million. There's a vase forged by Francois-Xavier, who was the more playful of the two, that resembles a pond complete with a bird resting on a singular piece of aquatic grass while a humble fish appears to swim below. In another work by him, a bronze gorilla sits proudly while serving as the base of a console table. His signature bronze sheep sculptures are spread throughout the exhibition floor.

The works of Claude, on the other hand, take a more mystical (dare I say, melancholic?) route. Among her pieces, a copper and bronze head sits blissfully at rest and is cocooned within foliage. Stainless steel forks, knives, and spoons are transformed into branches while necklaces and other accessories are warped in a similar fashion. With further exploration, one can’t help but also think of the surrealist works of the 20th-century fashion designer, Elsa Schiaparelli. 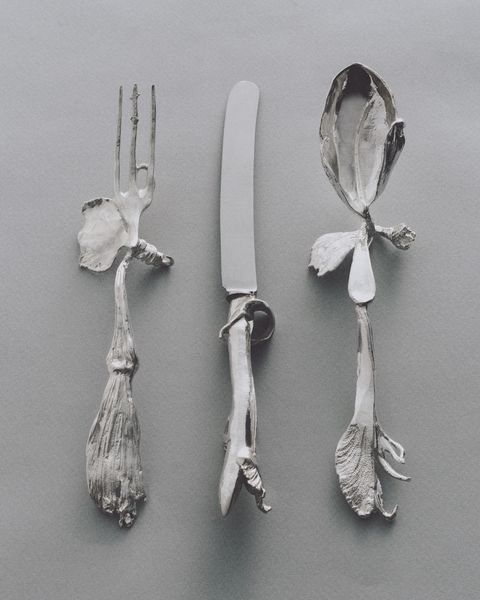 “The works they created are timelessly beautiful and their creativity was seemingly limitless, with a fantastic body of work including objects of all scales—from massive sculptures to delicate earrings. Each piece is exquisite and unique in its own right, filled with the couple's signature wit, humor, and whimsy,” says Riou.

As it was for many artistic and literary greats (Hemingway, Degas, Manet), Paris's Montparnasse in the mid-20th century was a focal point of the duo's artistic journey. In 1948, François-Xavier rented a studio in the neighborhood while working as an attendant at the Louvre. Conveniently, his next-door neighbor was sculptor Constantin Brâncuși, who introduced Lalanne to other artists such as Marcel Duchamp and Max Ernst. 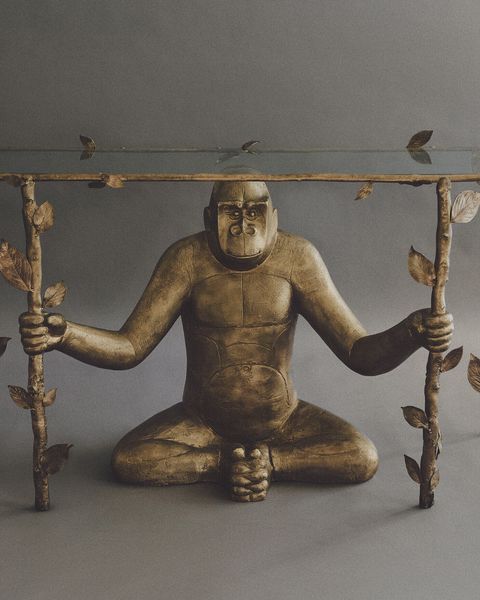 Four years later, François-Xavier’s personal and artistic life went through a metamorphosis. At the time, he worked primarily as a painter and his first gallery showing in 1952 exhibited such. Then, the artist met Claude, and the duo shortly began their career as sculptors together. It wasn’t until nearly eight years later that they’d begin developing an audience for their work. During the 1960s, Yves Saint Laurent and industrialist Pierre Berge commissioned the pair to create bronze-cast sheep covered in silk to be displayed in their library.

Now, their legacy rests in the hands of their daughter, who, in addition to upholding their collection, is a painter. “Marie was certainly inspired by her parents, and they were inspired by her as well,” Riou says. “For example, François-Xavier’s celebrated Singe Attentif was inspired by a painting of Marie's: Claude had commissioned Marie for a painting with a monkey, which Marie had made perched with its hands together and a long straight tail.”

Some may think that dispatching the work around the world through the sale feels quite somber. But, for Marie, this is all a part of the grand plan to further spread their recognition to a global audience and “help cement their legacy.”

Yellowjackets Will Return for Season 2 in March

Glass Onion Is in Theaters Now

How to Read James Herriot's Books In Order

Inside Opening Night of 'A Beautiful Noise'

Everything We Know About Perry Mason Season 2

Most Festive Movies to Watch on Amazon

Phoebe Dynevor and ﻿Andrew Garfield May Be Dating