For the potential next wives of men like Rupert Murdoch, it’s important to confront the very real possibility that your tycoon might someday leave you. He’s a wild romantic, too in love with being in love for any real relationship to measure up. So how will you put your life back together when your husband dumps you over email, as Murdoch—who is 91 and not getting any younger—reportedly did recently to Jerry Hall, his fourth wife? This only six years after they wed at Spencer House in London and he tweeted “Feel like the luckiest AND happiest man in world.” Here are some tips.

Use Your Head, Not Your Heart 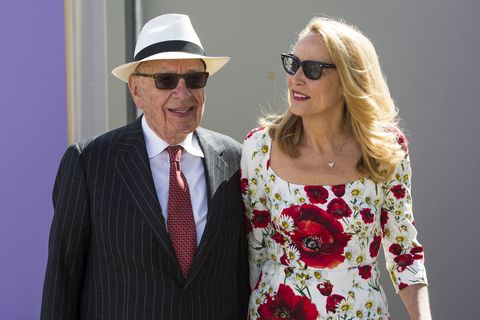 When you get that breakup email, no matter how many sad emojis it contains, do not respond. At all. His missive, and any response you send, are now evidence. “It’s not just that your spouse has already consulted an attorney. They have drawn up an entire strategy with a team and taken several moves to implement it,” says Thomas Kretchmar, an attorney specializing in matrimonial and family law at Chemtob Moss Forman & Beyda in New York City. “All you may have is what you’re thinking. Don’t hand it to them on a platter.”

Other things to avoid? Saying or doing anything that might imply that you still agree with the prenuptial agreement you signed. You do not. Trust us: Everything is still negotiable. If your ex drops $75,000 into your bank account to start the monthly payments that you’re entitled to according to the prenup, get your divorce lawyer to send it right back with a note that says, in legalese, “Nice try.”

And all those mutual friends you’ve made? You can’t trust any of them right now. “There are usually not a lot of opportunities to convey value to the superpowerful,” Kretchmar explains. So even if your friends are sincere when they ask how you’re holding up, it will be hard for them to resist spilling when your billionaire ex asks.

Sara Davison, a London-based divorce coach, advises you to cut off all your mutual friends. “You can do it in a nice way,” she says. “Say, ‘I’m reeling, so I’m taking a break from anyone connected to him. It’s nothing personal.’” 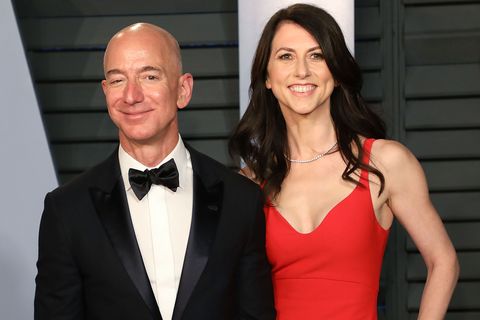 Jeff Bezos and MacKenzie Scott in 2018. Their divorce a year later would make Scott, a novelist and philanthropist, one of the richest women in the world.
Taylor Hill // Getty Images

A divorce is an opportunity, like so many things in the 21st century, to relaunch your personal brand. But there are pitfalls to avoid here as well. “Some people try to go back to who they were before the relationship,” Davison says. “One woman wanted to go rollerblading. I said, ‘You have kids. Let’s find something else for you now.’ ” And don’t make your new brand about trying to win him back. “Some people will get plastic surgery” as a tactic to rekindle their romance, she says. “But it rarely works.”

If it’s a treat for yourself, however, go for it. “I had a nose job after my divorce,” Davison says. “And it make me feel like a million dollars.” In fact, even if you don’t feel like seven figures, it’s important to look as though you do in public—which, unlike social media, is where you should be seen. “When Prince William dumped Kate Middleton before they were married, she went out to a club in this really lovely dress and had a great time,” Davison recalls. “You can fall apart in private, but don’t put your story on Twitter.”

Date, Just Not Too Seriously 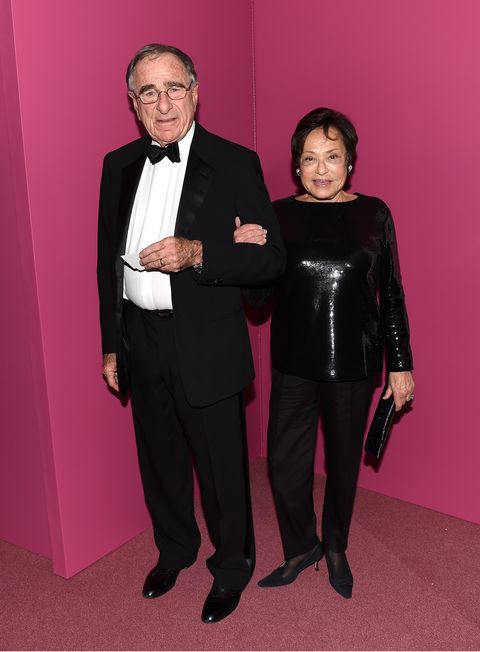 Harry and Linda Macklowe in 2015. When they divorced, the sale of their world-class art collection earned a reported $676 million at auction.
Nicholas Hunt // Getty Images

When you do go out, you’re going to encounter men. More men than you’ve perhaps ever encountered. More, perhaps, than anyone has. Patti Stanger, star of Bravo’s The Millionaire Matchmaker , recommends waiting a minimum of 90 days. The temptation to revenge-date can be strong, but don’t do it. “Once you have that billionaire, you want a bigger billionaire,” she says. “You want Jeff Bezos or Elon Musk, if for nothing else than to say fuck you to the ex. You want to trade up, and who’s left at that point?”

Lisa Kerkorian, the former women’s tennis champ who was married to Beverly Hills billionaire Kirk Kerkorian, agrees. “Jerry Hall has probably never been hit on by so many younger men in her whole life,” she says. “Go have some fun, but trust your money to a money manager.”

It’s also a time to enjoy the company of men your own age—or, better yet, a fraction of it. Kerkorian met her husband when she was 19 and he was 69. “I saw much of my youth through his politics, his conservatism, his ageism, his misogyny,” she says. “When I was divorced, I immersed myself in younger people and how they saw the world. It really rounded me out as a person.” By then in her late thirties, she dated a 27-year-old and a guy seven years her junior with whom she had two kids. “They cared about what I thought and what I said,” she says.

Finding another billionaire is probably going to bring on the same relationship problems you had in your marriage. “My advice,” Kerkorian says, “would be to resist trying to replace that big life.”

And while dating immediately might be a bad idea, Stanger insists you needn’t become a nun. “Getting your pipes cleaned out is a different subject,” she says. “If that’s what’s going to make you feel alive again, namaste. Just be safe.” 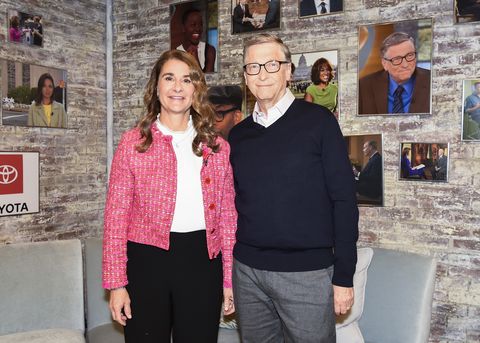 Bill and Melinda Gates, seen here in 2019, announced in 2021 that they were divorcing after 27 years of marriage.
CBS Photo Archive // Getty Images

Once you’ve started to get your groove back, consider taking it to a new zip code. After Kerkorian’s divorce, real estate agent Jennifer D’Auria encouraged her to get out of Beverly Hills and scored her a rental house across the country, in the Hamptons. “People said, ‘You can’t run from your problems.’ I wasn’t running away. I was looking for new people, new activities,” Kerkorian says. The reset worked. Being the wife of a billionaire, she says, is isolating; you have to worry about how everything you do and say will reflect on your husband. And such men are often highly controlling: Kerkorian didn’t want his wife hanging out with female friends because they might all speak badly of their husbands. The women in her social circle were suspect, largely because some of them flirted with her husband right in front of her.

Three thousand miles away, Kerkorian put her daughter in a new school, where she met the parents. She joined the tennis club, grew a garden, went vegan. Her daughter started riding horses. “Letting my interactions with new people be about me, not who I was married to, was a lifesaver,” she says.

Amy Herman, a New York City real estate agent, tells clients to move at least 20 blocks from their home—and not to a townhouse but a building where they’ll meet new people.

Also, you aren’t going to know how much you can spend on a place until the divorce is finalized, which might be years. So you’re going to have to learn a new word: rent. But that doesn’t mean you can’t buy something small for the weekends. “Let’s get you a $2 million getaway place and wait for the rest,” Herman says. She suggests Water Mill on Long Island or Miami’s Venetian Islands and doesn’t discount the power of a water feature. “I hate to say this for political reasons, but at Mar-a-Lago you’ll meet people,” she says. “You go to leading hotels around the world and meet people by the pool. It’s the same with a house.”

We at Town & Country hope your marriage lasts. We’re sure your new husband has learned a lot from his first four go-rounds, and this time he’ll be an equal partner who really listens—possibly thanks to great leaps in hearing aid technology. But should things go sideways, know that we’re here for you. It’s not going to be easy, but with the right team you could find a whole new you.

This story appears in the October 2022 issue of Town & Country. SUBSCRIBE NOW 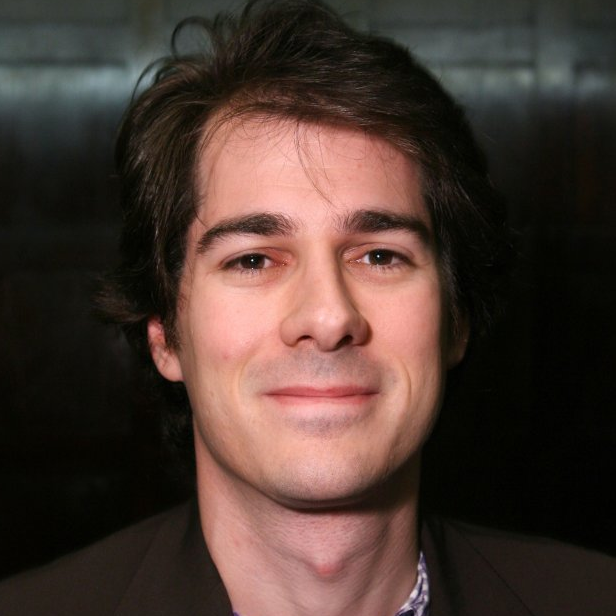 Joel Stein is a writer, critic, and cultural commentator; his most recent book is In Defense of Elitism .

The Aftermath of the $1B Paul Allen Art Sale

Inside the Rivalry Dividing Los Angeles