Halfway into the Paul Allen sale at Christie’s on Nov. 9, auctioneer Jussi Pylkkanen brought down his gavel at $21.5 million for a slender, four-foot-tall bronze of a woman by Alberto Giacometti. The moment wouldn’t be particularly noteworthy had it not marked a new milestone in auction history . At that very point, the sale’s running total crossed $1 billion.

The keenly anticipated event, which lasted almost three hours, would go on to rake in $1.5 billion (and add another $116 million the following day). The two parts smashed auction records for 24 artists, some of which have been in place for decades. Their paintings are the pride of the world’s major museums, their names—Paul Gauguin, Vincent Van Gogh, Paul Cezanne, Georges Seurat, Gustav Klimt, Lucian Freud—are the foundation of 20th and 21st century art. 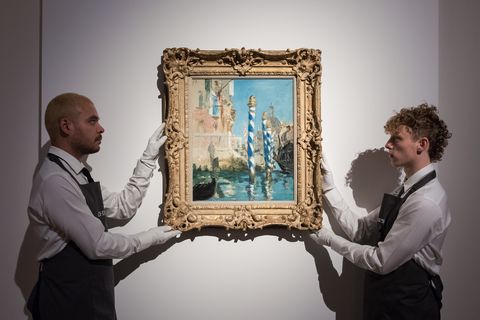 Edouard Manet’s "Le Grand Canal a Venise" was one of the pieces from the collection of the late Microsoft co-founder Paul Allen auctioned off by Christie’s. The sale, the biggest ever, took in more than $1 billion.
Anadolu Agency // Getty Images

“To sit there and watch five pictures make more than $100 million, I thought it was extraordinary,” says David Norman, a veteran Impressionist and modern art specialist. “So much that’s been shifting in the market was made evident in that sale.”

It crystalized a major upward move in the entire pricing structure—across gender and mediums—from the ultimate trophies to the overlooked and undervalued. Bidders had no hesitation spending more on a sculpture by Barbara Hepworth ($8.6 million) than by Joan Miro ($5.1 million) or bidding up Edward Steichen’s photograph “The Flatiron” to $11.8 million, almost six times the low estimate.

When Norman started at Sotheby’s in 1985, the art market was waiting for its first $10 million painting. It arrived that year, when Van Gogh’s 1889 “Paysage au soleil levant” from the collection of railroad heiress Frances Gould fetched $9.9 million at Sotheby’s. It would take almost two decades for the first $100 million picture to arrive in the form of Pablo Picasso’s 1905 “Garçon à la pipe,” which sold for $104.2 million. 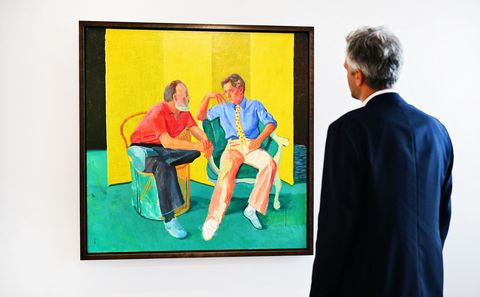 “One hundred million used to represent the ultimate, the hard to attain, the truly great once-in-a-lifetime picture,” Norman says. “Now, $100 million is almost a starting point for a great picture.”

The drama and glamor of an auction—as well as the major auction house’s marketing muscle—won’t be lost on future estate consignments, dealers said, although other market conditions and timing will ultimately determine whether these troves are disposed of publicly or privately. 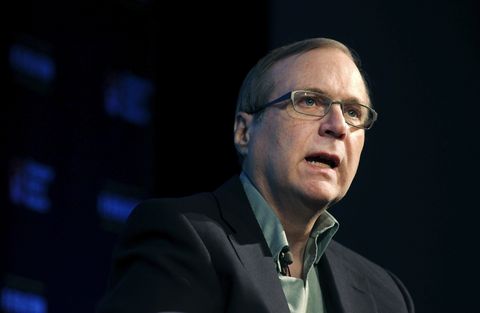 Works from the collection amassed by Allen, who died in 2018, marked a new high for art auctions. Now, the world waits to see where the late tech titan’s treasures will surface next.
Kim Kulish // Getty Images

While the buyers are still a mystery, there are some clues. Asia accounted for 28% of purchased lots by value, Christie’s said. Xin Li-Cohen, deputy chairman of Christie’s, won the Seurat and the Van Gogh. A Japan representative snapped up Georgia O’Keeffe’s “Autumn Leaf II” for $15.3 million, more than twice its high estimate of $6 million.

The sheer quantity of works that fetched more than $20 million—a third of the 60 lots, to be precise—was staggering. “It just reaffirmed that you should try to buy great things,” says Bernard Lagrange, director of Gagosian Art Advisory, “and build incredible collections.”

Inside the Rivalry Dividing Los Angeles

How To Handle a Billion-Dollar Divorce