The one and only negative thing we have to say about season four of The Crown ( which was otherwise pretty unquestionably the show's best to date) is that it made us fall in love with Emma Corrin's Diana Spencer , then snatched them away. Unlike most actors on the show, who typically play their roles for two seasons before being replaced, Corrin's was a one-and-done role. Season five will bring another top-to-bottom recasting, and so from next season onwards, Princess Diana will be played by Elizabeth Debicki . 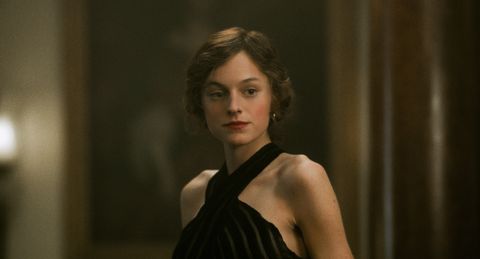 But fear not, Corrin fans—the Golden Globe winner isn't going anywhere. They're heading to the big screen for an adaptation of Lady Chatterley's Lover , the classic 1928 novel by D.H. Lawrence.

Here's a primer on everything you need to know about the project. (Spoiler: it's extremely sexy). 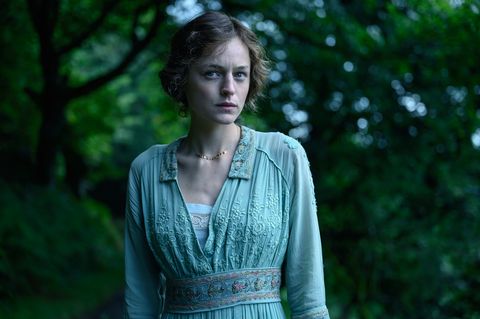 On its surface, the role of Lady Constance Chatterley may sound pretty closely aligned with Corrin's quietly miserable Diana. Lawrence's novel introduces Lady Chatterley as a wealthy young woman born into a life of immense privilege, who gradually realizes that her marriage to an upper-class former soldier has become loveless and hollow. Frustrated both physically and emotionally, Chatterley falls into a passionate affair with a gamekeeper (aka a professional hunter) and experiences an intense sexual awakening. 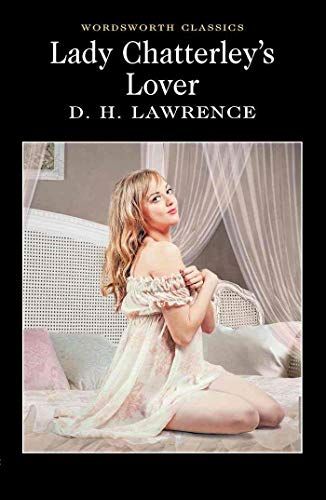 That last part is where this role promises to be very different from Corrin's work in The Crown . Lawrence's novel was considered so explicit in its day that it was banned in the UK, US, and a number of other countries on the grounds of obscenity—more on that below.

"It was daunting," Corrin told Vanity Fair about the sex scenes in the film. "It was my first time doing any nudity, or sex scenes to that extent. And obviously it's such a huge part of the film. I felt very buoyed by the fact that I had met [director] Laure [de Clermont-Tonnerre], loved her, trusted her, knew that she would do it well. And also that Connie's journey with sexuality, the sex scenes would never feel gratuitous and it would always feel justified."

Jack O'Connell will star opposite Corrin. 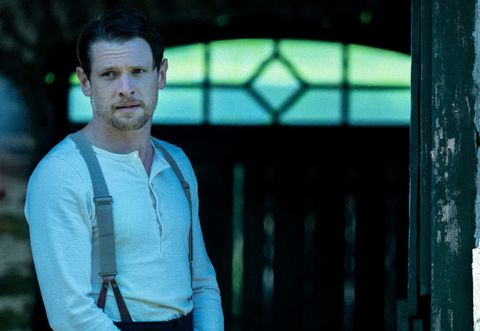 O'Connell will play Lady Chatterley's eponymous lover, Oliver Mellors. O'Connell is best known for his roles in movies like Unbroken and Starred Up , and the Netflix series Godless .

There's a pivotal scene where Oliver and Lady Chatterley dance naked in the rain, and it will appear in the film. Corrin shared , " It was one day, and it was actually in one of the first weeks of filming. I'd known Jack for two weeks, and we hadn't done any sex scenes before. We actually decided not to choreograph this because the fact of its spontaneity and its freedom was so important. We knew we wanted it to almost have this sort of really rich and almost tribal energy of it, like a letting go. So we turned up and they were like, we are shooting in this beautiful valley and there were seven rain machines. And I just took my clothes off—It was terrifying. I remember also Jack then running out, because he runs out a beat after me, and he did the same. We caught each other's eye and I was terrified, and also he was terrified. It was a huge deep moment of trust where you're like, 'we're in this together.' It was amazingly freeing, though. I've never done anything like that in my life and it was so much fun."

The ensemble cast is also packed with big names. 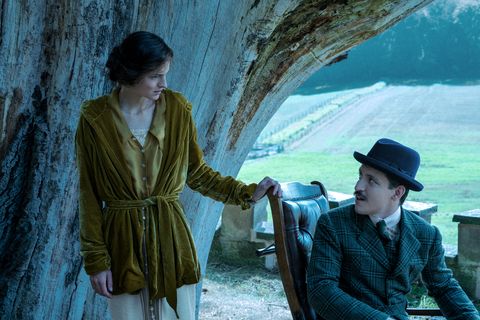 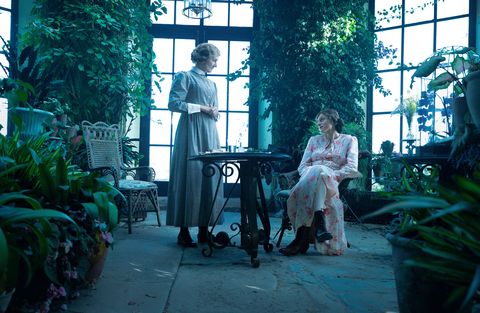 The book is based on real events. 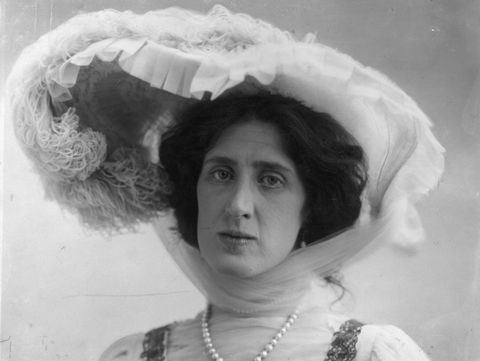 Many critics and commentators believe that the character of Lady Chatterley was based on a real 20th century socialite, Lady Ottoline Morrell—so many, in fact, that The Guardian once dubbed her "the real Lady Chatterley." Lady Ottoline was first cousins with the Queen Mother, Elizabeth Bowes Lyon, and per The Guardian was regularly the subject of society gossip, thanks to her high-profile friendships, her flamboyant dress sense, and her illicit affairs.

Lawrence was also reportedly inspired by the manuscript for E.M. Forster's Maurice, a tragic and semi-autobiographical love story about a gay couple. That novel ultimately wasn't published until many years later in 1971, soon after Forster's death.

It was banned for obscenity in several countries. 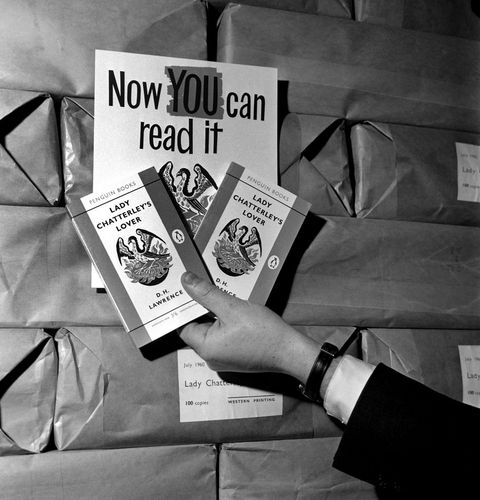 Although Lady Chatterley's Lover was first published in the late 1920s in Italy and France, it wasn't until several decades later, in 1960, that it reached the UK. That's also when it was thrust into the spotlight, as the subject of an obscenity trial that would have a groundbreaking impact on the publishing world.

The novel wasn't only sexually explicit, but also featured the use of several four-letter words that weren't typically uttered—and certainly not published—in British establishment circles at the time. So when Penguin Books sought to publish Lady Chatterley's Lover in the UK, they were sent to trial under the Obscene Publications Act.

In order to prove that the novel was not obscene, the publisher had to present evidence of its literary merit, and called a number of witnesses including E.M. Forster (whose novel Maurice inspired Lady Chatterley's Lover ) to testify to that effect. But according to the British Library , it wasn't just the novel that ended up on trial, but "Britain’s publishing and decency laws, which were seen by some as old-fashioned."

Finally, after a six day trial and just three hours of deliberation, a jury at London's Old Bailey found that Lady Chatterley’s Lover was not obscene, and could therefore be published. This was a watershed decision that gave publishers far more freedom to consider works with explicit content.

The book was also banned in the US for many years, but in 1959 a United States Court of Appeals judge overturned not only that ban, but the obscenity laws behind it. This trial established the standard of "redeeming social or literary value" as a mitigating factor against an obscenity charge. According to The New York Times , "the Chatterley case established the principle that allowed free speech its total victory."

Lady Chatterly's Lover will premiere on Netflix in December 2022. 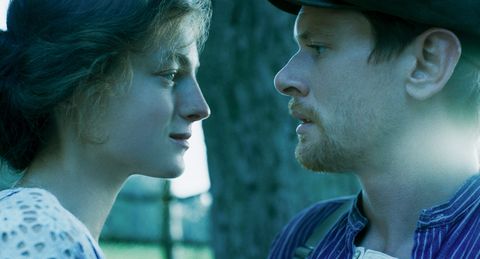 Netflix first dropped a trailer in November 2022 (watch above) ahead of the film's theatrical release. As of December 2, 2022, it is now streaming on Netflix.

Emma Dibdin is a freelance writer based in Los Angeles who writes about culture, mental health, and true crime. She loves owls, hates cilantro, and can find the queer subtext in literally anything.

Emily Burack (she/her) is the news writer for Town & Country, where she covers entertainment, culture, the royals, and a range of other subjects. Before joining T&C, she was the deputy managing editor at Hey Alma , a Jewish culture site. Follow her @emburack on Twitter and Instagram .

Glass Onion Is in Theaters Now

Most Festive Movies to Watch on Amazon

The Best Gifts for Movie Lovers

Everything We Know So Far About the 2023 Oscars

How to Watch Everything Everywhere All at Once

Every Dangerous Liaisons Adaptation To Watch

A Knives Out Sequel Is Coming This Year

A New Film Leaves the One Percent Well Done